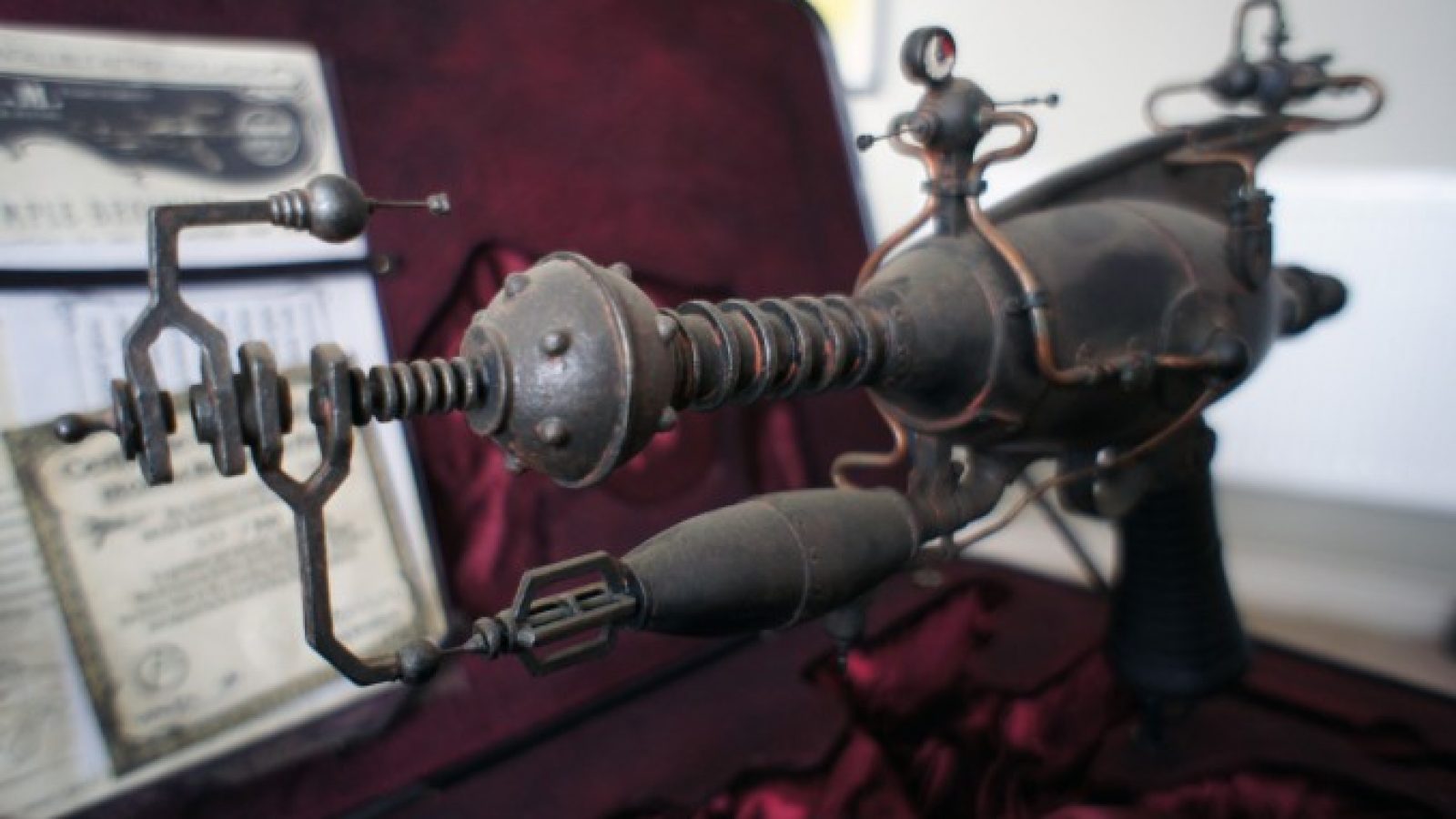 The F.M.O.M. Wave Disrupter Gun has many articulated parts and as such should only be operated by adults or very clever children. This 17 inch-long beast makes other Rayguns look like inferior stumps and its additional length can make other users feel inadequate or underprivileged.
This is a limited edition piece with only 500 made worldwide (this is edition 420/500), all handcrafted and made out of metal with some glass parts. It comes with its own velvet lined pressed tin case (which doubles as display stand), Certificate of Authenticity and an assortment of implements and crafting tools.
The display box is approximately 460mm x 320mm x 140mm (18″ x 12.5″ x 5.5″) *All sizes are Approximate*
Displays nicely in its case.
Designed by Greg Broadmore.

“Broadmore is best known for his work on the universe of Dr Grordbort?s, which he created in-between working on King Kong and District 9. Broadmore designed a series of retro-futuristic ray guns, which he showed to Weta Workshop special effects supervisor Sir Richard Taylor, who saw their potential as a line of collectibles based within their own universe”

Sculpted and Built by Dave Tremont.
Contact me to make me an offer.

Let us know your thoughts about this topic Cancel reply

Found this beautiful modern automaton on You tube. The French poet and notorious absinthe drinker Paul Verlaine sits in the late night Paris
11th June 2009
by Jamie Durrant
in Rants

Think twice before ordering a computer from Dell. Terrible attitude. Don't buy a Dell. AKA. Frankly my dear, we don't give a damn.

Update 23rd June 2009 So, today I finally received the computer I ordered on the 14th April. I also a couple of days ago received the refund